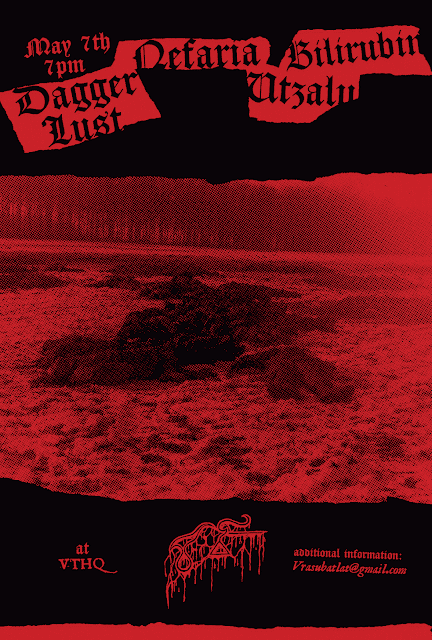 Second Vrasubatlat ritual of Dagger Lust (first performance) and Utzalu alongside Bilirubin and Nefaria on May 7th in Southeast Portland. For more information, contact us at vrasubatlat@gmail.com.

Other release news:
The new Uškumgallu record entitled Rotten Limbs in Dreams of Blood (VT-IX) is almost complete and should be released within the next few months on tape and (hopefully) vinyl formats.

Work is still being conducted on the upcoming VT compilation Worship at the Altar of Death (VT-X) which should be released shortly after VT-IX.